Oxford East MP celebrates 100 years of votes for women -; but calls for more to be done for gender equality 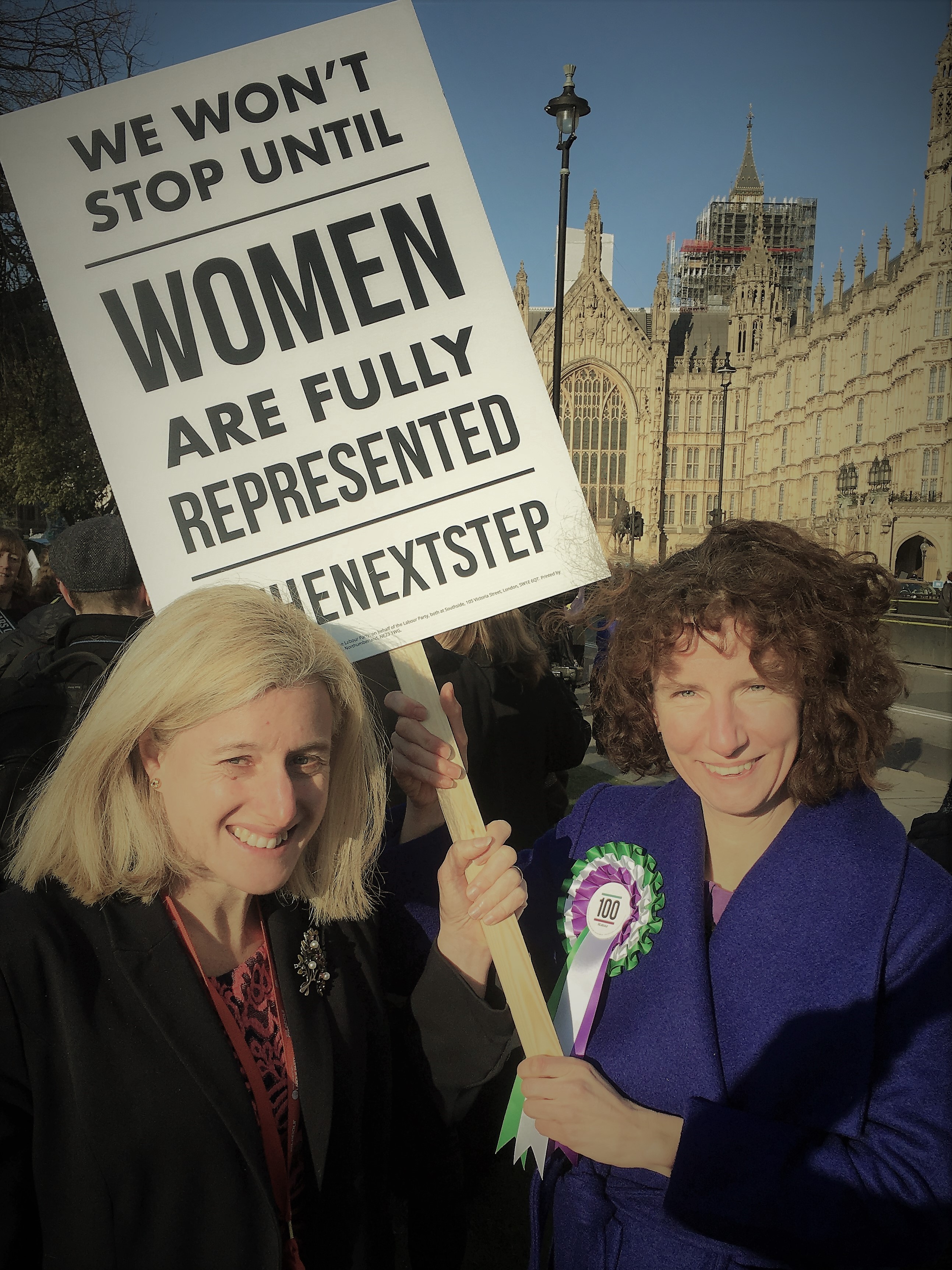 Oxford East MP Anneliese Dodds yesterday attended a celebration of the centenary of votes for women, but also called for more to be done for gender equality.

The centenary was marked in Oxford by the raising of the suffragette flag across the city, organised by TORCH (The Oxford Research Centre in the Humanities), City and County Council representatives, and other cultural organisations in the city. In London, Anneliese attended a gathering of the 119 female Labour MPs outside the House of Commons- at 45% of all Labour MPs, the highest ever amount of female representation in a British political party at Westminster.

“The Representation of the People Act was a historic moment. While it failed to give all adult women the vote, it represented a significant stride forward in the fight for gender equality.

“100 years later and many further strides have been made -; but we’re reminded every day that the fight is not over. From the disproportionate harm austerity has inflicted on women, to the #MeToo movement that followed the Weinstein revelations, women still face disadvantage and violence because of their gender.

“Let’s celebrate the achievements we have made, but not lose sight of the work that still needs to be done”.