Anneliese calls for ‘freedom from fear’ during Respect for Shopworkers Week 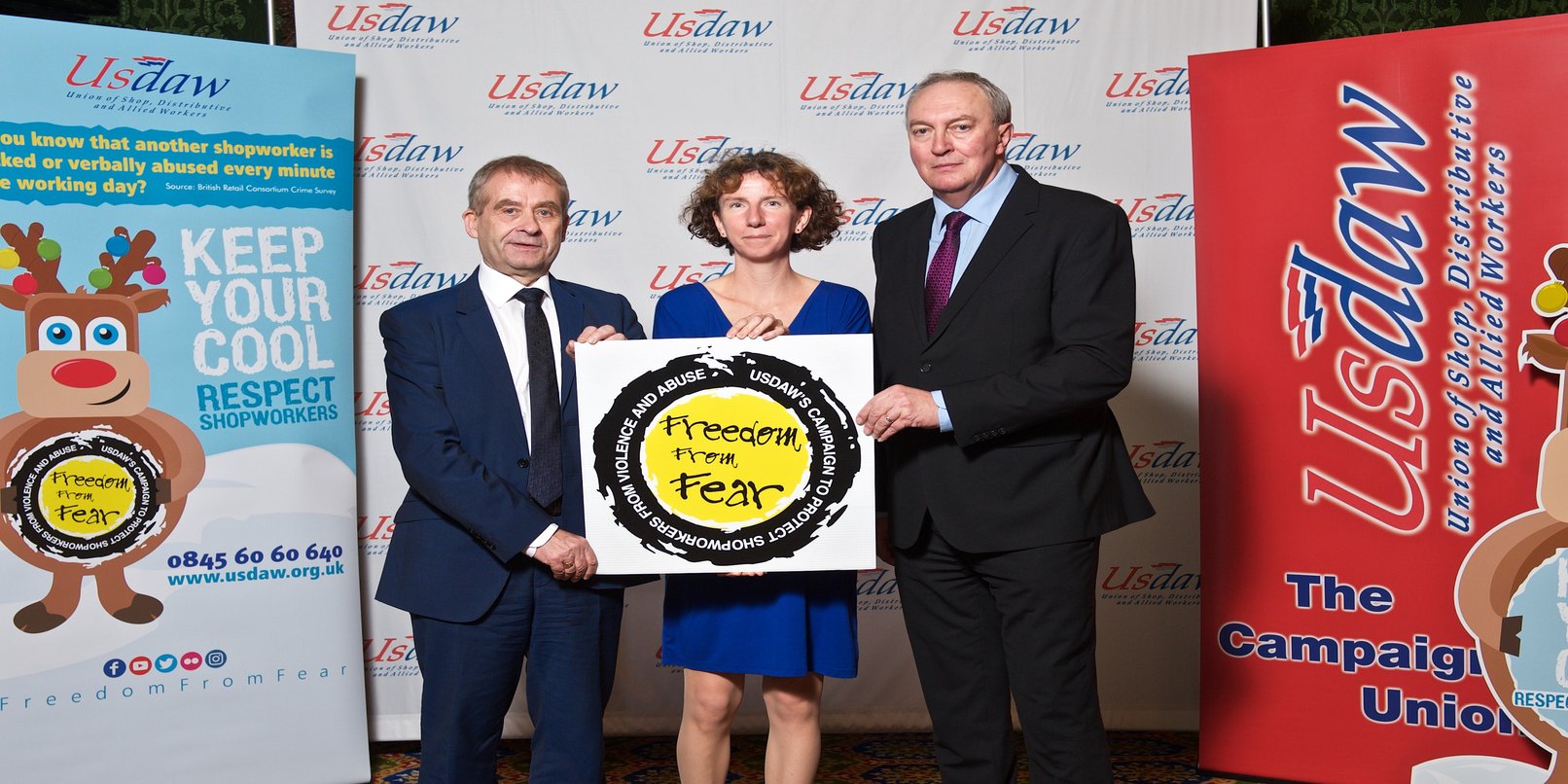 Anneliese Dodds, Labour MP for Oxford East, is joining with members of the retail union Usdaw to campaign for respect for shopworkers as part of the Freedom From Fear Campaign, which seeks to prevent violence, threats and abuse directed at retail staff. This week (13th-19th November) is ‘Respect for Shopworkers’ Week, during which shopworkers are encouraged not to accept threats and abuse and to always report this to their manager.

Anneliese said: “I have been disturbed to hear about cases where shopworkers have been subject to unacceptable abuse and in some cases violence, from customers. No-one should have to put up with this and it is certainly not ‘just part of the job’.

Worryingly, new data suggests that the human cost of retail crime is actually increasing rather than decreasing. The British Retail Consortium has indicated how there has been a 40% rise in abusive and/or violent offences against shopworkers.

We really need a change in the law so that shopworkers get the legal protections they need. I’m pleased to support the campaign by the trade union Usdaw to try and ensure that proper punishments are given out”.

John Hannett -; Usdaw General Secretary said: “Often, in the course of their duties, shopworkers are expected to enforce the law, whether that is preventing under-age purchases of products like knives, tobacco or alcohol, or detaining shoplifters until the police arrive, they can be put in real danger. Parliament has given shopworkers the duty to enforce the law, so Parliament should provide the necessary protection.

“I have been shocked by the leniency of some of the sentences for assault of workers. Around 200 shopworkers are assaulted every day and it is time to say enough is enough. The Government must act to address this issue and act quickly.

“I’ve been very disappointed to see Tory and Liberal MPs, on five occasions combine to block this measure when proposed by Labour. The Conservative record on tackling retail crime shows that since 2010 there are 20,000 fewer police and a steady increase in shoplifting rising 8% this year, but the number of shop thieves going to court dropping by a quarter.”

Examples of lenient sentences given to assailants of workers selling alcohol

A shopworker working at a till refused to serve a customer alcohol.  The customer swore and shouted at her and she called her manager for assistance.  The store manager agreed the customer was too drunk to serve and asked the customer to leave the shop.  He refused to leave.  Whilst staff were trying to escort him out of the shop he kicked and punched 3 members of staff.  He also spat in the face of the store manager.  The police were called and he was given a police caution.

A thug, given a suspended sentence for assault, who goes out to celebrate his ‘lenient’ sentence and launches a vile racist attack on a woman shopworker, assaults her in front of her children by pulling out chunks of her hair and walks free from court again.

A man grabbed a shopworker and pushed him back against a window. He then walked off shouting that he was going to ‘get him’. In court he was told his suspended sentence for a previous offence would not be activated.

A shopworker was punched on the jaw when she asked a persistent shoplifter to leave, because they’d been barred from the store. The shopworker gave a statement and the police saw the CCTV footage. The attacker was arrested but nothing more has happened.