Oxford East MP calls on government to “unblock its ears” on customs concerns, after BMW comments 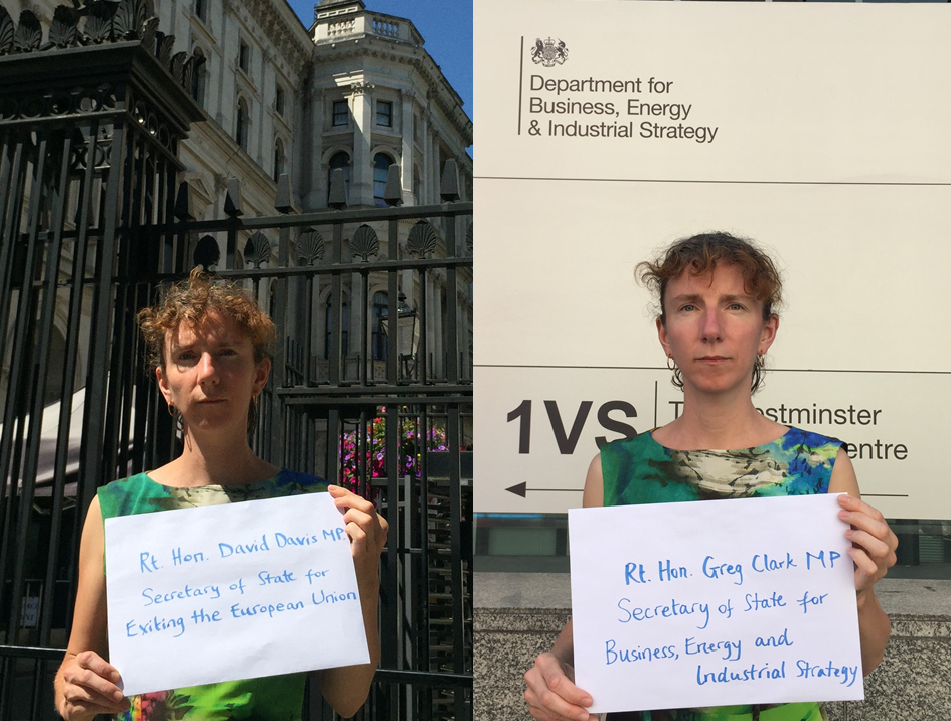 The text of Anneliese’s letter is below. In it she urged the UK government to take industry concerns over customs much more seriously, and to prioritise developing a system which would minimise disruption. 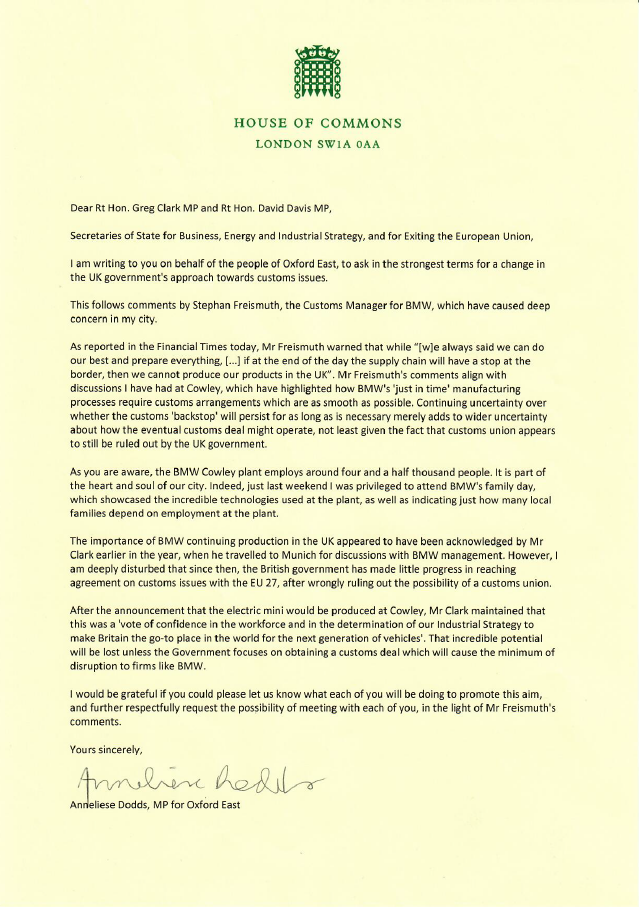 Anneliese said: “I have repeatedly warned of the dangers of the UK abruptly breaking with existing customs procedures, but these warnings have so far fallen on deaf ears. It is one thing for politicians to call for change but it is quite another for figures in industry to make the significant step of publicly expressing concern.

BMW Cowley is absolutely essential to Oxford’s economy and that of our country as a whole. The workforce is second to none and I was privileged to see just last weekend, some of the many innovations being introduced at the factory. We really need government to focus now on ensuring that complex supply chains- like BMW’s- will not be adversely affected by disruptions to customs processes”.

In her letter, Anneliese also asked for a meeting with the Secretaries of State for Exiting the European Union and for Business, Energy and Industrial Strategy.