Following visits to St Mungo’s and the Porch, Anneliese reflects on the rise of rough sleeping in the city of Oxford, and praises local homelessness charities and volunteers for their work supporting rough sleepers. 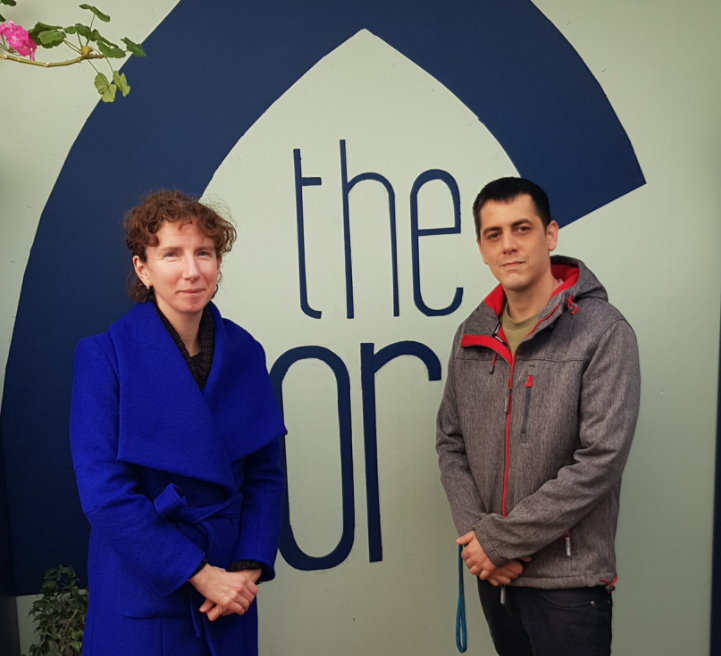 Oxford, like many other cities, has a large and growing number of rough sleepers. In fact, recent headcounts suggest that the number has almost doubled in our city. I know the current situation is very worrying for many of my constituents in Oxford East. It has been estimated that on any one night there could be 89 rough sleepers in our city; not just in the areas that most people will have noticed, like George Street and Cornmarket, but also hidden away in a variety of residential and non-residential areas.

Recently I was lucky to be able to visit two organisations which have a long history of working with rough sleepers in Oxford – the Porch and St Mungo’s. This followed a number of meetings with other organisations involved in trying to help rough sleepers, from Oxford Homeless Pathways, which provides hostel accommodation and much more; to Response, which provides supported accommodation and, again, much more; and to Oxford City Council [https://www.oxford.gov.uk/news/article/693/council_proposes_increased_18_million_budget_to_prevent_homelessness_and_tackle_rough_sleeping].

The Porch and St Mungo’s are just two of a number of voluntary organisations which work with the City and County Councils to deliver services to very vulnerable people, in an extremely challenging financial environment. Funding streams which used to support people at risk of rough sleeping, like Supporting People, have entirely dried up. Oxfordshire County Council was set to reduce its rough sleeping funding to zero by 2019, and that has been partially reversed (albeit only to a third of what it previously amounted to) by enormous political pressure from Labour councillors. Facilities like Lucy Faithful House, and Julian Housing accommodation, have gone; and mental health, addiction and social security funding are all under strain. Although Oxford City Council’s budget from central government has been slashed by over a third, the Council has increased its grant funding to organisations providing services to the homeless by nearly a third, to over £1.8 million.

Despite this challenging context, our city has shown what local people can do when they work together for the common good. The Oxford Winter Night Shelter is one such example, which delivered additional provision over the coldest weather by bringing a number of local churches together with organisations with experience of working with rough sleepers. The City Conversation is also a good example of the voluntary sector and local government coming together to determine how we can better help people sleeping on our streets. In my opinion, that has to start from getting a far better understanding of how people in our city have ended up on the streets, the dangers and challenges they face on a daily basis, and what we can all do to help people secure both affordable and above all, safe, accommodation.

I was really struck by the personal relationship that staff at both the Porch and St Mungo’s had built up with individual rough sleepers. I can imagine that this is aided by the fact that their staff include people who have lived on the streets in the past, and that they take pains to treat people with the respect that they deserve. It was also interesting to hear about the variety of routes which had taken people towards sleeping on the street. The rising cost of rent in Oxford is a major factor, with evictions by landlords now being the biggest reason for homelessness in Oxford and a major contributor to rough sleeping. A lack of accessibility of mental health support was also worrying, despite the excellent work of staff at the Luther Street surgery. It was also very sad to realise, later, that I recognised one of the people we visited with the St Mungo’s team- who after years of drug use was almost unrecognisable compared with their former self.

There is obviously much, much more that needs to be done to support people who are rough sleeping in our city. We need to build on the success of the Winter Night Shelter and develop additional provision, on top of the very welcome City Council-funded extra beds that will be coming to our city over this and next year. The development of a new facility for people with complex needs in Cowley is also a step forward. And the proposed ‘Rough Sleeping Charter’ for Oxford should help further galvanise both voluntary and public sector work. But we also need national change. In the 2000s, both Oxford and many other cities experienced a significant reduction in rough sleeping, with some nights in our city experiencing no rough sleepers at all. This has changed radically over recent years, with a steady increase in headcounts from 2011 to 2017, up to today. Some policies have begun to change, with wrong-headed policies to reduce the funding for supported housing having now been, at least partially, abandoned [See Anneliese’s contribution to the Commons debate on this issue here]. But we need much more joined-up action. The government’s promised Rough Sleeping Strategy must materialise soon, not least if it is to meet its target of eliminating rough sleeping by 2027, which seems impossible unless current policies change.