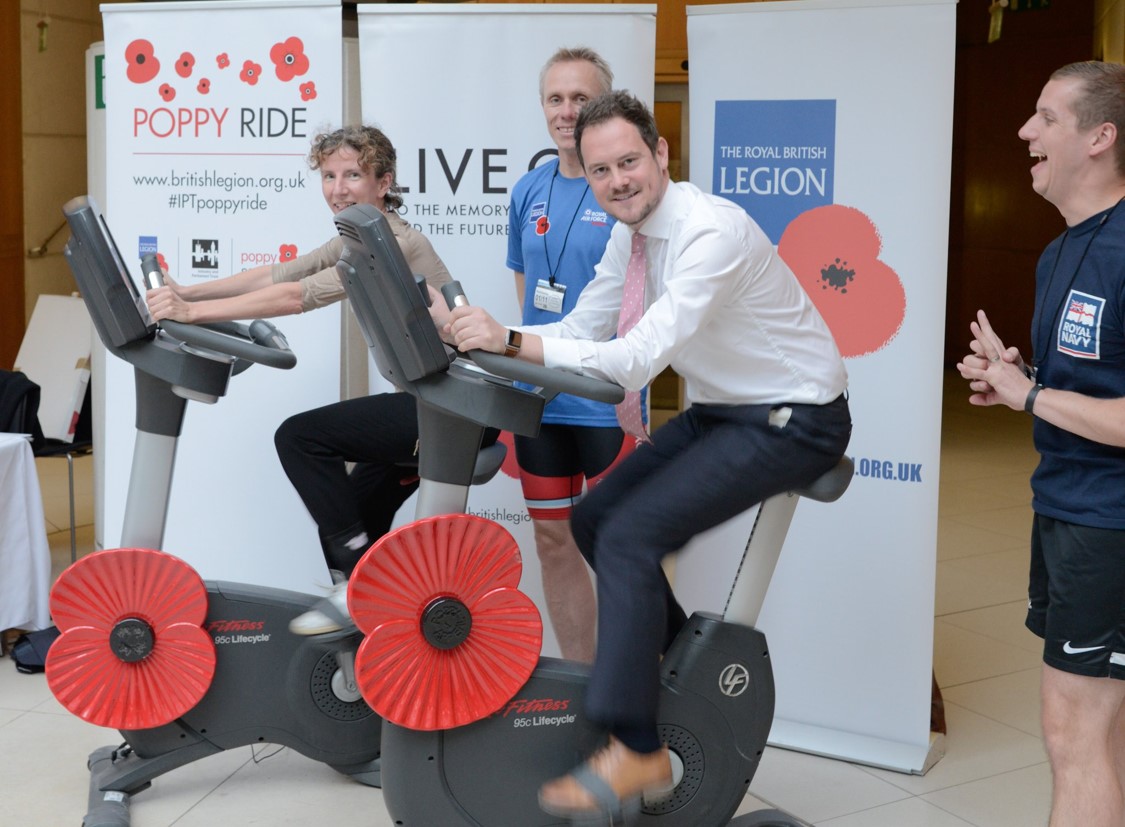 The 12 hour bike ride was held from 08:00 to 20:00 in Parliament and aimed to raise money for the Legion’s national Poppy Appeal. Anneliese Dodds MP represented her constituency of Oxford East cycling as far as she could in 5 minutes, with the hope of topping the leaderboard, beating their colleagues. Anneliese managed to cycle 2.94km in 5 minutes, coming third amongst her female colleagues.

The bike ride was organised by the Industry and Parliament Trust (IPT) and The Royal British Legion following on from the successful bike ride held in 2016. This year’s race emphasised that The Royal British Legion will once again be asking the nation to ‘Rethink Remembrance’ and consider the meaning of the poppy as a symbol of Remembrance and hope.

MPs were encouraged to donate as they take part, with all of the money raised on the day going to help The Royal British Legion provide lifelong support for the Armed Forces community.